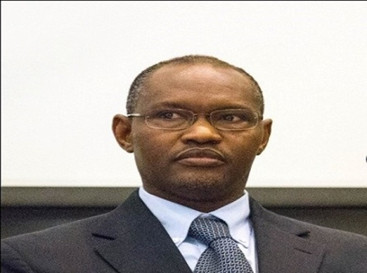 Abu Bakarr Bah is Professor of Sociology at Northern Illinois University and Faculty Associate at the Center for NGO Leadership and Development. He is also Editor-in-Chief of African Conflict & Peacebuilding Review (ACPR) published by Indiana University Press and Senior Fellow at the Canadian Centre for the Responsibility to Protect.

Bah’s research interested includes peace and conflict, democracy, and development. His books include International Security and Peacebuilding: Africa, the Middle East, and Europe (Indiana University Press, 2017), Breakdown and Reconstitution: Democracy, the Nation-State, and Ethnicity in Nigeria (Lexington Books, 2005). His articles have been published in journals such as African Affairs,Journal of International Peacekeeping, Critical Sociology, International Journal of Politics, Culture, and Society, and Africa Today.

Bah is a recipient of the 2014 and 2016 Carnegie Foundation African Diaspora Fellowships, the 2012 Council of American Overseas Research Centers Multi-Country Research Fellowship, and the 2015 Northern Illinois University Outstanding International Educator Award. He is a frequent guest on international media programs such as Al Jazeera and China Radio International. He has been an invited speaker at major institutions such as Stanford University, University of Illinois at Urbana Champaign, University of South Florida, Virginia Commonwealth University, Global Center for Pluralism (Canada), and Social Science Research Council (New York).

Abu Bah has served on the board of organizations such as the West African Research Association, the International Center for Ethno-Religious Mediation, and Jane Adeny Memorial School for Girls in Kenya. Bah is a native of Sierra Leone. He received his doctoral degree from the New School for Social Research (New York) and undergraduate degree from the University of Sofia in Bulgaria.